Does Mexican President Andres Manuel Lopez Obrador (AMLO) want United States President Donald Trump to win the election in November? According to a prominent former Mexican diplomat, our head-of-state neighbor may be “all-in” to boost Trump. The overlooked assessment made by Jorge Guajardo, Mexico’s former ambassador to China, was posted several weeks ago on Twitter, a social media platform where public officials enjoy sharing complex world views in fewer than 280 characters.

On May 29th, the Dallas News wrote an article headlined, “Trump, AMLO may meet in July, ambassadors say.” The piece explained that this would be the first in-person meeting between the two leaders and the timing, months ahead of the U.S. election, could put Mexico in a “delicate political position.” The author writes that “[AMLO is] now considered one of Trump’s closest allies, building a human wall for Trump with the help of thousands of national guardsmen who, under threats by Trump of new tariffs, mostly sealed migration between both countries” and notes that while the two are ideological opposites, they share a “similar style in governing” and have contentious relationships with the media.

The following day, May 30, the article was shared by Arturo Sarukhan, Mexico’s former ambassador to the United States. Sarukhan tweeted, “unless this trip includes a parallel meeting with @JoeBiden, it would be a huge diplomatic mistake,” which elicited a response from Juan S. Gonzalez, a former “Special Advisor” to Vice President Biden. Gonzalez opined: “The visit shouldn’t happen period. If #AMLO thinks he’ll be anything other than a prop for the Trump campaign, he is either poorly advised or is openly supporting re-election.”

That is when Mr. Guajardo inserted himself into the chat. He asked Mr. Gonzalez, “Why would you assume that AMLO is not all-in helping to re-elect Trump? In fact, few things would constitute as big a setback politically for AMLO than a Trump loss.” To which the Dallas News reporter who wrote the threaded story replied: “interesting insight, embajador.” But Guajardo wasn’t finished. The former diplomat added: “[AMLO] will come, pay a visit, and try to prop up Trump. His political standing in Mexico depends on his re-election. They are identical.” The point was clear: this should be interpreted as a form of diplomatic meddling related to the American election.

The threat of foreign interference is widely discussed, but mostly centers around Russia. The concept of Mexican interference is an afterthought in the national dialogue. But as Mark Zuckerberg recently revealed to a national radio host, Facebook has seen strong misinformation efforts from Iran and China as well.

Guajardo currently serves as a lobbyist for a Chinese glass company that has been heavily scrutinized for “anti-American sentiments caught on film.” Gonzalez is a senior fellow at UPenn’s Biden Center, which has faced questions about Chinese influence and millions of dollars of “anonymous gifts” to the university. And, as we learned in May, the Chinese state media itself aims to “impact” the U.S. election in November. 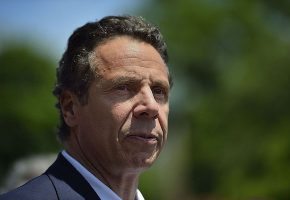