China’s most hawkish state-media mouthpiece, The Global Times, published a warning to Disney last year as controversy circled around the live-action remake of Mulan: You “cannot afford” to cross the Communist nation.

In the summer of 2019, the star of the film, Crystal Liu, drew international ire after endorsing security state brutality in Hong Kong. Her sentiment led to boycott calls which trended on social media. The Chinese state media defended the star, deriding critics as “ill informed” and proclaiming Liu’s remark “represents the spirit of Mulan.” The outlet added that the criticisms constituted “cyber violence which seriously violates the basic principles of Twitter and Facebook. The two platforms should have suspended these ideological paranoids’ accounts.”

After a petition to replace Liu gained online traction, The Global Times seized the opportunity to intimidate Disney: “No matter what Disney’s political stance is, it is very unlikely for Disney to give up the huge Chinese market. Rather than ‘bowing to China,’ the company simply cannot afford the consequence of disrespecting Chinese people’s feelings. Indeed, Liu will lose an opportunity to play the role of a well-known figure if she is removed from Mulan. Disney, however, will lose a potential 1.4 billion Chinese audience.”

At the time, it was unclear whether the American media conglomerate got the message. Now, however, Disney’s silence on a more recent Mulan scandal would suggest they got the message loud and clear about not being able to afford angering Beijing.

In the recently-released film’s closing credits, Disney chose to thank various Chinese propaganda and security ministries for allowing them to film in Xinjiang, a region that is home to a sprawling network of internment camps where more than a million Uighur Muslims are imprisoned.

Although the Xi regime does its best to hide the horrors perpetrated against the Uighurs, there have been images and reporting that illustrate the brutality. Tools of technological tyranny are used to enforce social control inside the draconian camps, as well as surrounding areas. Last fall, a disturbing video showed blindfolded men with their heads shaved waiting to be forced on trains. Recently, a doctor shared graphic testimony about “forced abortion and removal of wombs” against Uighur women.

A Washington Post writer pondered: “Why did Disney need to work in Xinjiang?” After answering his own question by definitively stating “it didn’t,” the columnist explained that Disney’s conscious choice to shoot there “helps normalize a crime against humanity.” Axios reported that Mulan production staff spent months in the region but opted not to use their “special access” to “shed a light on what is widely recognized as the largest internment of an ethnic-religious group since World War II.”

The American film industry’s appeasement of Beijing was recently subject to a brutal report by PEN America titled: “Made in Hollywood, Censored in Beijing.” The advocacy group focused on the fact that China is set to become the world’s largest movie market, which has resulted in Tinseltown elite making artistic and editorial decisions aimed at appeasing the Communist Party of China.

The corporate cowardice has come to be expected from Disney, whose celebrated former CEO Robert Iger refused to criticize the Communist crackdown in Hong Kong by stating “to take a position that could harm our company in some form would be a big mistake.” A previous review of Chinese box office receipts shows Iger’s fear to be well founded as Disney’s top 5 movies in 2019 alone hauled in more than $1,000,000,000 in the heavily censored market.

Last week, when the New York Times asked about the details between Disney and Xinjiang authorities, their request was met with silence. The company also did not respond to a request from The Washington Post regarding the decision to film in an area that is home to what has previously been described by the paper as a “massive campaign of cultural extermination.” The silence is likely welcomed by the Chinese government. 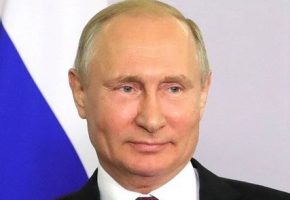