The Biden-Harris transition announced Antony John Blinken as the next nominee for Secretary of State. Blinken and his family have a long history within Democratic establishment politics as fundraisers, and he continued to take advantage of his role as a cog in Democratic machine politics after his time in the Obama administration. After serving as Obama’s deputy secretary of state (2015 to 2017), deputy national security advisor (2013 to 2015), and national security advisor to Vice President Biden (2009 to 2013), Blinken cemented his place in Biden, Inc. by taking a managing director position at the Penn Biden Center for Diplomacy and Global Engagement in 2017.

Blinken’s entire family has been involved in Biden’s 2020 presidential campaign – while Blinken served on the transition team, his wife Evan Ryan and uncle Alan Blinken were bundlers for the campaign, raising at least $100,000 each. Ryan, “a longtime Biden adviser and former assistant secretary of State,” also served as a member of Biden’s transition team while “helping to lead the fundraising effort.”

These contributions are part of longstanding tradition. Blinken cut his teeth on political fundraising by working with his father to raise money for Michael Dukakis’s 1988 presidential run. He would go on to contribute to Barack Obama and Hillary Clinton’s campaigns, as well, among a slew of other Democrat candidates and committees.

Blinken has used these ties to grow his business portfolio. In 2017, he co-founded WestExec Advisors, named explicitly for the “closed street that runs between the West Wing of the White House and the Eisenhower Executive Office Building,” with Michele Flournoy, a former Defense Department official who’s likewise expected to play a role in the Biden administration. Though the firm’s client list is protected by non-disclosure agreements, it is reported that the company has held contracts with the Department of Defense and “was involved in a Pentagon effort to enhance drone warfare,” a favored tactic of the Obama administration.

Watchdog groups have called for transparency from the executives of WestExec. Project on Government Oversight’s Mandy Smithberger described WestExec as “a company that sells influence and connections” and explained, “particularly for those who are going to go through the confirmation process, it’s important to know who they were working for and the kind of work they were doing.”

In August 2020, more than 275 DNC delegates signed a letter urging Biden not to turn to his old foreign policy team, describing them as a “horror show” with track records supporting “disastrous” U.S. military interventions. The letter explicitly raised concerns about WestExec Advisors and singled out Blinken’s “poor judgment.”

But so certain of their place in a Biden administration were WestExec’s principals that they reportedly included a clause in their office lease allowing the lease to be terminated without penalty if Biden won in 2020.  Indeed, his loyalty was rewarded this week, when the president-elect announced his intention to nominate Blinken to the most prominent cabinet position. 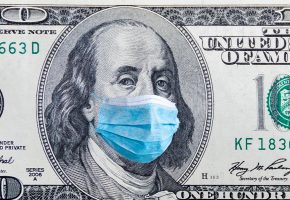